Michael is a graduate of Hempfield High School.  He left Lancaster during his higher education to attend Villanova University and Catholic University (Columbus School of Law).  After law school, Michael returned to Lancaster to join the family practice.  He worked more than 6 years in the Office of the Public Defender of Lancaster County doing various aspects of criminal defense law, protection from abuse hearings, and indirect criminal contempt proceedings. 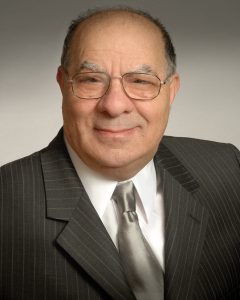 John is retired. He is a graduate of Lancaster Catholic High School.  He attended Franklin and Marshall College and Villanova University School of Law.  He initially formed his own solo law practice, and later formed Xakellis, Perezous & Mongiovi which became Xakellis, Mongiovi & Reese.  He eventually left those firms to start his own practice, later to be joined by his son Michael.